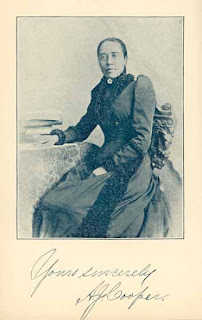 When I purchased the abandoned dump of a house at 1800 Vermont Avenue, NW (below) in 1992 (for $90,000!) a well known neighbor and future friend named Thurlow Tibbs told me that my house was quite historic indeed.  Although he knew its history from his being in the neighborhood for decades, he wanted me to experience and discover it myself.  He told me to research a woman called Anna Julia Cooper, and at that time, little was known about her extraordinary life. Her Frelinghuysen University had purchased my house in 1921 and used it as classrooms.

Cooper's own house at 201 T Street in the heart of LeDroit Park was the home of the extraordinary African American educator, a woman with a fascinating past and determined personality whose life and career has been under appreciated to date.  She helped to establish and continually support Frelinghuysen University, and served as its President from 1930-1941.  A much sought after speaker, she was outspoken on such subjects as racism, the status of black women, and educational systems that failed to consider the needs of black and female students.  She did not retire from such pursuits until her 106th year.

Cooper was born in August of 1858 in Raleigh, NC, the daughter of a slave Hanna Stanley and her master, George Washington Haywood.  Cooper later wrote in her autobiography coined The Third Step that “I owe nothing to my white father beyond the initial act of procreation...” In her early childhood home, there was no one who was literate, but eventually she was hired out as a nursemaid in the Charles Busbee household, a prominent lawyer.  This domestic situation enabled Cooper to be surrounded by books and education that would develop into a lifetime obsession with the cause advancing African American education.

Cooper attended the St. Augustine Normal and Collegiate Institute (now St. Augustine’s College) and became student teacher in 1869 at the age of 11.  In 1877, at age 19, Cooper protested the exclusion of young women from higher courses scheduled only for ministerial studies, and therefore, only for men.  It was at this time that she met Rev. George A. Christopher Cooper from Nassau, British West Indies and they were married a short time later on June 21, 1877.  He was the second black ordained clergyman in the Protestant Episcopal Church in North Carolina.  Two years later, on October 27, 1879, George Cooper died and left Anna J. Cooper a widow at the young age of 21.

Cooper continued to teach, and when denied a modest increase in her $30 month teaching salary in 1881, she acted upon contacts established at Oberlin College, and decided to attend classes there from 1881 to 1887, where she obtained a B.A. in 1884 and an M.A. in 1887, both in the Classics.  Accepted into one of the few colleges that allowed blacks or women at the time, she was the 6th African American woman to do so. 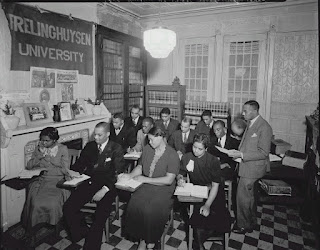 The 1890s were peak years of experience and achievement for Cooper.  She and other individuals organized and mobilized to arouse public opinion and direction while racist terrorism escalated.  She attended numerous conferences and presented lectures including traveling to London in 1900 to present a speech entitled “The Negro Problem in America" at the Pan-African Conference.

Her book A Voice From the South; By An African-American Woman From the South was published in 1892, and consists mainly of essays and lectures that she had delivered at various meetings and conferences in previous years.  Blaming black men for not providing more opportunities to women for college studies, she wrote:  "I fear the majority of colored men do not yet think it worth while that women aspire to higher education...The three R's, a little music and a good deal of dancing, a first rate dress maker and a bottle of magnolia balm, are quite enough generally to render charming any women possessed of tact and the capacity for worshipping masculinity."

Based upon her success as a teacher, Cooper was appointed Principal of the M Street High School in January of 1902.  She and her faculty used alumni connections to ensure that several generation of graduates received scholarships to attend America's most prestigious colleges and Universities, including the Ivy leagues.  She continued this role until October of 1906, when a long controversial protest was finalized after much public discussion; She had opposed the Board of Education's decision to dilute the curriculum of "colored schools."  With severe political and racial pressures and thus the media against her, together with a City ruled by Congress, the Board of Education decided not to re-appoint her. 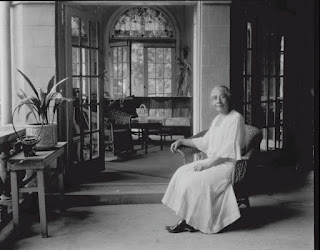 Interestingly, Cooper returned to the High School to accept a teaching job which lasted from 1911 to 1930.  Cooper was able to use her earlier traveling contacts with French scholars to gain admittance to the Sorbonne University in Paris, France.  With two thesis completed written in French, an edited version of the medieval tale  Le de Charlemagne, and her important study of French racial attitudes, L'Attitude de la France a l' egard de esclavage pendant la Revolution, she successfully defended her Ph.D. degree on March 23, 1925 at age 67, the fourth African-American woman to do so.  She became the President of Frelinghuysen University in 1930, and later lent her home to assist it fulfillment of educating working class African Americans in Washington.

Even late in life, Cooper continued to write, publishing a poem entitled "Grapes from Thorns" in December 1958, at 100 years of age.  Anna J. Cooper died six years later on February 27, 1964.  She asked to be remembered as "somebody's teacher on vacation...resting for the Fall opening" and was buried in Raleigh, North Carolina, next to her husband, who she had outlived by 85 years. 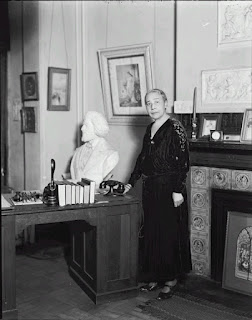 Cooper rented her own house at 201 T Street to Frelinghuysen University in the 1931, after it had lost its downtown location.  The university was founded in 1906 by Jesse and Rosetta Lawson at 2011 Vermont as a bible study school, and after a period of holding classes around the community in various buildings, it was able to expand into a full academic course institution in 1917, and purchase my own former house at 1800 Vermont Avenue in 1921.  Dr. Cooper served as its President from 1930-1941.
The school was dedicated to the life and character of New Jersey Senator Frederick Theodore Frelinghuysen.  Jesse Lawson had written that he had been "of great service to the cause of the Colored people, while a member of the US Senate and in the reconstruction days following the close of the Civil War.  He had seen to it that Colored Americans were written into the statutes of the United States."  Cooper and the founding members of Frelinghuysen recognized that most of the African Americans were working to provide their children better opportunities in the future, but were not obtaining education themselves; the original incorporators naturally brought the education and social programs to the people. 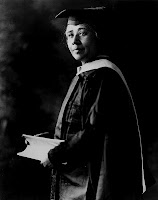 By the year 1926, Frelinghuysen offered courses ranging from a business high school offering short-hand and the touch system of typing, bookkeeping, filing, business mathematics, business law, elementary banking procedures, and business English, to a junior and college level offerings in the School of Liberal Arts, Sociology, Applied Science, Fine Arts, Applied Christianity, Theology, Law, and Pharmacy.  The University adopted the motto Sic Itur Ad Astra (Such is the way to the stars--or to immortality), and had an "Alma Mater Song” written by Fletcher Mae Howell, with music by Gregoria A. Fraser.

The Frelinghuysen University Law School Register of 1921-1929 reads that on April 14, 1926, 20-30 students were registered, and $60 was spent on “Sheepskin for diplomas.”  By 1941, Frelinghuysen consisted of a general College Department, Theology, Embalming & Sanitary Science Schools, and the John M. Langston School of Law.

Cooper had held a close relationship with Frelinghuysen University since its initial organization and worked to promote, develop, and expand the institution.  She became Frelinghuysen’s President in 1930, a position she held until 1941 at the age of 83.  Cooper later wrote that it was never her intention to rent her home to the University, but had planned to leave her entire estate to the institution upon her death.  Sadly, the school was forced to dissolve before her death in 1964. 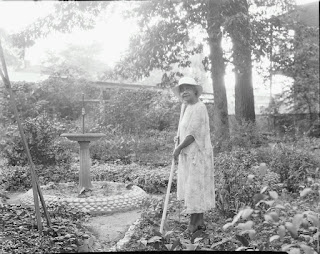 The Washington Board of Education was the only agency that could independently recognize a University, and bowing to racially motivated political pressures at the time, refused accreditation to Frelinghuysen, and it lost its charter in 1937.  In a final effort to gain both funding and an assured future for the school, Cooper applied for a position in the Education Division of the Works Progress Administration in 1937, at the age of 75.  With the racially motivated laws increasingly limiting the future of the institution, sometime around 1940 the school became the Frelinghuysen Group of Schools for Colored Working People, and Anna J Cooper became its registrar.  The institution finally dissolved in the late 1950s.

Posted by HouseHistoryMan at 1:55 PM

This is absolutely wonderful. Great additional detail. Thank you so much. I'll place a link to this on my article on the Huffington Post.