History Man is Back, and our Lost Washington book is published! 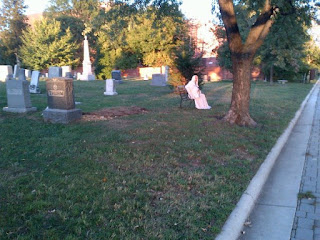 House History Man is back!

A few explanations are due for our absence, of course.  Seems a perfect storm of career and writing duties happened in early July this year.

First, I'm proud to have been hired as the President of the Association for the Preservation of Historic Congressional Cemetery.  I began work on July 2, 2012, and it is both a fascinating place and a relatively unknown Washington DC historic gem...that will most certainly change in the near future, as my mission is to have it better known locally, regionally, and nationally.  We plan on continuing and expanding a host of new events, public tours, and conservation workshops.  More on those as they progress.  A fun picture of us "haunting" the cemetery for the October 6, 2012 "Dead Man's Run" 5k race appears above.  Told you I was busy! 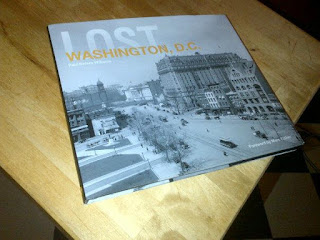 At the same time, I was on deadline for my 15th book.  This one is titled Lost Washington, and was published by Pavilion/Anova books in London.  While I had to include several monumental 'lost' DC landmarks, I tried to focus on the more unusual and never before published resources that have been long since gone in DC...African-American clubs on U Street, the Children's hospital, horse troughs, the city canal, houses, hotels, theaters like the renowned Republic on U Street, and even a bar suspended in the treetops near Logan Circle in the 1920s - try to get that past the ABC Board today!

The book was completed, and now available for sale.  Its a hard cover - a rarity in today's world, especially since it retails for just $18.95.  It is complete full color, 140 pages, and the best part: the forward was written by the Washington Post's Marc Fisher.

The publisher was pleased, apparently.  My partner Greg and I were hired to write and finish Lost Baltimore to replace a book planned for an author that fell ill.  So, with a deadline of just eight weeks, you can see that combined with my more than full time job, all evenings and weekends are being dedicated to the new publication.  The good news?  Both books are now complete!

Posted by HouseHistoryMan at 7:23 PM No comments: