The Unusual Origin of Howard University By One of Its Founders, Charles Boynton


The first President of Howard University, Charles B. Boynton, took office on March 19, 1867, marking the official beginning of the esteemed institution that had been conceived in his house near the intersection of N Street and Vermont Avenue earlier that year.  His contemporaries called him “President of the Board of Trustees,” and his tenure would be short; he resigned on August 27, 1867 over a dispute with namesake Otis O. Howard stemming from their differing racial policies. 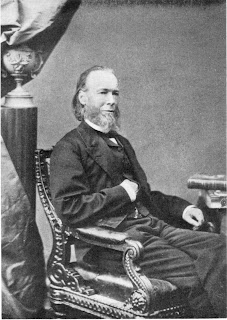 Charles Brandon Boynton (left, via NARA) had been born in Stockbridge, Massachusetts, on June 12, 1806.  He entered Williams College in the class of 1827, but, owing to illness, was obliged to leave during his senior year.  He took up the study of law, and, after filling one or two local offices, was elected to the Massachusetts legislature.  While studying law he became interested in religion, qualified himself for the ministry, and was ordained pastor of the Presbyterian Church at Housatonic, Connecticut, in 1840.

After a stay of three years, he moved to churches in Lansingburg and Pittsfield, Massachusetts, and in 1846 to Cincinnati, Ohio where he remained until 1877; with the exception of his terms of service as chaplain of the House of Representatives in the 39th and 40th congresses (1867-1869), while he resided at N Street and Vermont Avenue. Boynton had earlier ventured to Washington to serve as the first pastor of the First Congregational Church upon its founding in 1865.
On November 20, 1866, ten members, including Howard, of various socially concerned groups of the time met in Washington, D.C., to discuss plans for a theological seminary to train colored ministers. Interest was sufficient, however, in creating an educational institute for areas other than the ministry. The result was the Howard Normal Institute for the Education of Preachers and Teachers. On January 8, 1867, the Board of Trustees met at Boynton’s house and voted to change the name of the institution to Howard University. 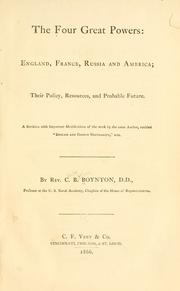 Boynton bore an important part in the anti-slavery controversy, which was fiercely waged in Cincinnati during the early years of his pastorate.  His published books include Journey through Kansas, with Sketch of Nebraska (Cincinnati, 1855); The Russian Empire (1856), The Four Great Powers--England, France, Russia, and America; their Policy, Resources, and Probable Future (1866); and History of the Navy during the Rebellion (New York, 1868).

A strict abolitionist, Boynton and Major General Otis O. Howard (1830-1909) had differing views of the very early forms of segregation immediately following the Civil War, despite their common goal of providing affordable education for black citizens at the collegiate level.  On November 17, 1867, Boynton preached a sermon on race relations in which he advocated that blacks be allowed to enter churches of white congregations and become members, but where existing black churches were located he encouraged them to remain and strengthen their own religious institutions, advocating voluntary segregation.  Howard, on the other hand, mandated integration at every society level.

Boynton also advocated the self reliant “city within a city” theory of advancement, opportunity, and business patronage that black leaders lectured in the 1920s along U Street.  In 1867, Boynton preached that “every one taken thus from the number of the black, diminishes to that extent, their strength and their power of progress and elevation.  We can afford to receive the Colored people, but their own race can not afford to lose them.” (From Walter Dyson’s Howard University: A History, 1941)
Howard and his followers continued to publicly push for racial integration in all aspects of private and public life, and Boynton left the position as both pastor of the First Congregational Church September 6, 1867, and as the first President of Howard University, a month earlier on August 27, 1867.  He was replaced by Byron Sunderland until Otis O. Howard became President a year later, in 1868. 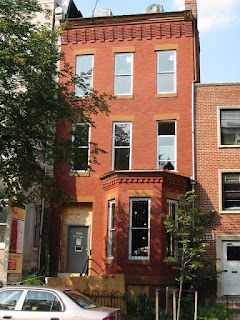 Boynton’s son, Henry Van Ness Boynton, below, was a well known newspaper correspondent that built the house at 1321 R Street between 1875 and 1879, where he and his father lived in 1880, according to the federal census (left, in 2007).  Henry Boynton charged Otis Howard with misappropriating funds from the Freedman’s Bureau which he controlled, and a federal investigation ensued in 1870 to determine if Howard directed funds donated to public institutions such as Howard University to promote his own namesake. As commissioner of the Freedmen's Bureau, Howard was known for promoting the welfare and education of former slaves, freedmen, and war refugees. 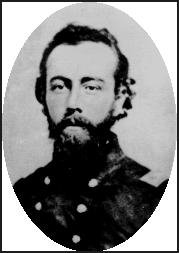 By 1870, an astonishing $529,000 from the Bureau’s coffers had been donated to Howard University, where twenty other black schools such as Lincoln University had only received $15,000.  The issue softened, and Howard himself served as the University’s President from 1868 to 1874.