Discovering a "Carriage House" That Was Built as a Prominent Artist Studio in Dupont Circle.

Most people assume that an old brick structure in the alley on their rear lot is simply a carriage house.  Most are indeed, but its always a thrill to research a rare alley structure that was actually built as a studio for a prominent artist.  The owner of the vacant lot where 1749 18th Street, NW was to be constructed, Charles W. Handy, applied for and was granted an Application for Permit to Build numbered 161 for its construction on April 13, 1892.  He neglected to list an architect responsible for its design, but did list contractor C. V. Trott as the builder at a cost of $9,000.

Ellicott obtained building permit number 187 for a ‘studio’ on July 6, 1894.  He listed prominent architect Alfred B. Mullett as responsible for its design, built at a cost of $1,600.  It measures forty-two feet wide by thirty feet deep.  It was constructed by the Galloway & Son construction company.  Not surprising in a city where building was a primary industry, architects, contractors and artists built their own studios, many of which were located along the quieter alleyways. The Historic Alley Buildings Survey identified only five artistic studios, however: the John J. Earley Studio (DC landmark), Mary Bussard Studio, Henry Ellicott Studio, the Harvey Page Studio and the Joseph Wilkinson Workshop.

Henry Jackson Ellicott, an American sculptor and architectural sculptor, was best known for his work on American Civil War monuments.  Elliott had been born on either June 23, 1847 in White Hall, Maryland.

One of seven children born to James P. Ellicott and Fannie Adelaide Ince, he attended Rock Hill College School in Ellicott City, Maryland, and Gonzaga College High School in Washington, D.C.  He studied at Georgetown Medical College, and may have served in the Civil War.[1]

He studied at Georgetown Medical College, then, at age 19, he completed a larger-than-life plaster statue of Abraham Lincoln – likely an entry in the Lincoln Monument Association's competition for a marble statue – that was exhibited for two years in the United States Capitol rotunda.  The competition was won by sculptor Lot Flannery, whose statue is at District of Columbia City Hall.  Seen below in August 1868 in the rotunda, the fate of Ellicott's Lincoln statue is unknown. 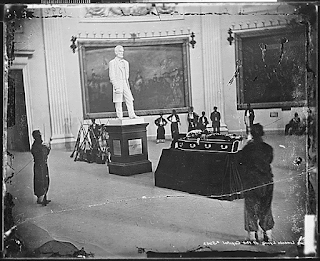 He studied at the National Academy of Design in New York City from 1867 to 1870, under William Henry Powell and Emanuel Leutze; and later studied under Constantino Brumidi.

He was creating monuments for placement in cemeteries as early as 1870 and, according to the United States census of that year, he was living in Manhattan and was identifying himself as a sculptor–not as a student.  In the 1876 New York City directory, he is again listed as a sculptor.  His first two commissions were for monuments at Mount Calvary Cemetery in Lothian, Maryland (1870) and Greenwood Cemetery in Laurel, Maryland.  He was the likely modeler of an Infantryman statue for J. W. Fiske Architectural Metals, Inc. of New York City that was mass-produced and used in numerous municipal Civil War monuments.  Company records list the sculptor's name as “Allicot.”

In 1876, he moved to Philadelphia, Pennsylvania, and modeled architectural sculpture on buildings for the 1876 Centennial Exposition.  He remained in Philadelphia and exhibited occasionally at the Pennsylvania Academy of the Fine Arts between 1878 and 1891.  Ellicott did list himself as an architect in Philadelphia city directories for 1884 and 1890. According to Fielding, he had studied drawing at the National Academy of Design in New York.  He married Lida Dyre about 1883.  She had been born in Maryland in February of 1865.

Ellicott was appointed under the Harrison administration Superintendent and Chief Modeler for the U.S. Treasury Department in 1889, responsible for all federal monuments.[2]  He moved to Washington, D.C., where he listed his occupation as a sculpture in the Corcoran Building, with a residence at 2026 H Street, NW in 1894.  He and his wife were listed as living at 1752 S Street, NW in the 1896 Elite List.  It was a speculative house built along with 1740-1750 by the Kennedy & Davis firm, who obtained their building permit on October 17, 1892.  By the time the 1900 census was enumerated he and his wife owned and lived at 1868 California Avenue, NW, with a live in servant and a boarder.  Ellicott died on February 11, 1901 at age 54.
The Studio Building 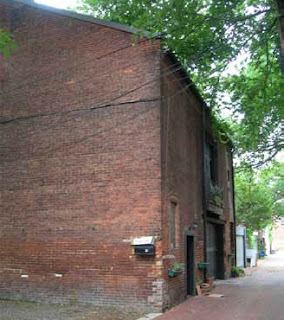 The studio building itself seems to have originally been part of the plot occupied by 1752 S Street, NW, but was later subdivided.  It is seen on the 1939 Baist Map.  Both the house and the studio were occupied by various members of the Berry family, according to the 1916 City Directory, the first time the studio was listed as having a resident, obviously altered to include a kitchen and proper bedroom.  The directory listed J. Talburtt Berry, an inspector, and Louise Berry, a teacher at the Weightman School.  The house at 1752 S Street had occupants listed as Edna C. Berry, a clerk, M. Heath Berry, a health inspector, and Roger B. Berry, a draftsman at the Barber & Ross real estate development firm.  They had all moved into the two structures from a prior address of 1919 K Street, NW, where they were listed as roomers.

Roger and Edith Williams sold the studio building to the Walter M. Ballard Company on May 14, 1925 for $3,500, financing the purchase.  The Ballard Company was engaged in the office furniture, wood and steel filing cabinets, and office supply business, with a storefront location at 1340 G Street, NW.  It is likely that they utilized the former studio as storage space, as no persons were listed at the address in the yearly City Directories during their tenure.

The Ballard Company defaulted on their loan, however, and the studio building reverted to its former owners, the Williams’s.  They eventually sold it to Catherine Wygood, on January 13, 1947.  She in turn sold it on February 23, 1954 to Jocelyn Ball Baxter.  She owned the house at 1749 18th Street, and ran it as an apartment house, according to the Haines Directory.  There is no evidence, however, that the former studio was used as housing during her tenure of ownership.

Several liens by the city government were paid on the property in 1994, and Baxter’s estate sold the former studio on December 11, 1998 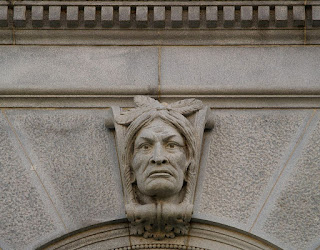 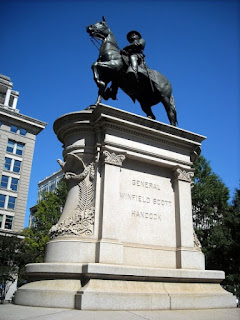 
[1] An 1896 New York Times article implies that the 16-year-old Ellicott was present at the July 1863 Battle of Gettysburg.
[2] National Cyclopaedia of American Biography (1904).
Posted by HouseHistoryMan at 4:16 PM No comments: