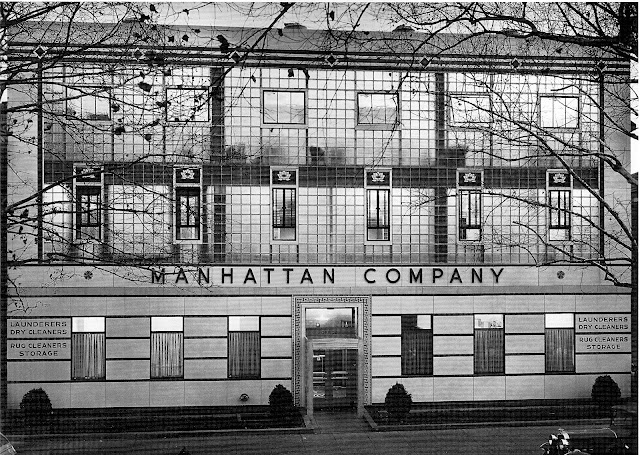 Many passersby are struck by the looming while enamel and glass block building at 1326-1346 Florida Avenue, NW, seemingly out of place on a short stretch of the street.  Most may have been first introduced to the vast complex of buildings when part of it served as the first location of Art-o-matic in 1999, but it’s the dramatic Art Deco façade that often causes a double take.

The complex is actually composed of three major buildings, the westernmost of which was constructed in 1877 when the area was a rather desolate area far from the urban core of Washington, DC.  It was designed by John B. Brady as a car barn for the Washington & Georgetown Railroad Company.  A steam plant was added in 1908 and a large addition in 1926 designed by A. S. J. Atkinson.  Behind the current Art Deco building that faces Florida Avenue is an original stable and warehouse built in 1911. 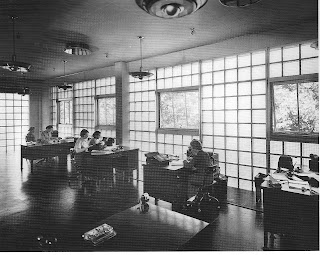 The Art Deco building of glass block and enameled panels was built in 1936 at a cost of $50,000 to house the Manhattan Laundry dry cleaning and rug laundry that combined the other buildings into a vast array of storage buildings for cleaned rugs.  It was designed by Alexander M. Pringle.  Wool rugs were susceptible to moths in the summertime, as well as being too hot for Washington summers, so it was common for area households to have them cleaned and stored for the summer, replaced with woven grass matting.

Manhattan Laundry was founded by John W. Lowe about 1905 in the former car barn on the westernmost side of the complex.  An advertisement from 1905 is seen here. 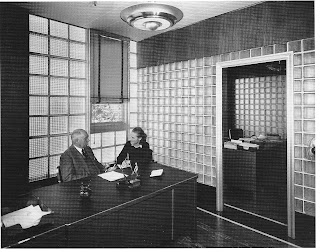 The bottom two floors of the Art Deco building were utilized for laundry and dry cleaning, with administrative offices on the third floor designed by Bedford Brown.  The exterior walls and interior separating walls were composed of glass block that created a dreamy dramatic effect as shadows and figures could be seen through each wall, especially at night.

The Lowe family sold Manhattan laundry in 1973, and it moved to more modern facilities, leaving the Florida Avenue complex abandoned and soon vandalized.  It suffered a fire in 1978, and was scheduled to be razed in 1979.  Instead, it was partially restored by developer Jeffrey Cohen into an office and storage facility. 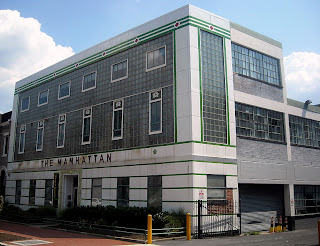 In 1999, about a dozen artists toured the building with the idea of assembling a large consortium of artists for a massive art show appropriately coined Art-o-matic.  Within a month, over 350 artists cleaned, electrified, painted and presented artwork in its 100,000 square feet with over 20,000 visitors attending the exhibit over six weeks.