Almost Razed: History of the 1700 Block of Seaton Place, NW


In what is coined the Strivers Section today, the 1700 block of Seaton Place, located between U, V, 17th Streets and Florida Avenue, was first developed in the early 1870s, and completed by 1908.  It was the subject of noted photographer Gordon Parks in 1942, as part of his work documenting the effects of racism and poverty for the Farm Security Administration, seen below.  Adjoining both the Greater U Street and Dupont Circle Historic Districts, the Strivers Section Historic District was recognized and listed as a local historic district in 1983.

Seaton Place today was initially coined Riggs Street, as seen on an 1887 map of Square 150.  It was then renamed a short time later to Seaton Road, in honor of William Winston Seaton, mayor of Washington from 1840 to 1850.  Later, its name was changed to Seaton Place. 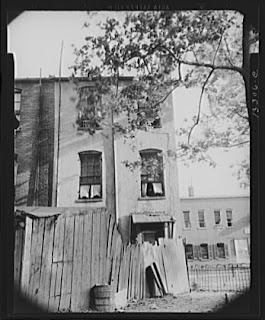 The oldest buildings along the one block street  are located at 1701 to 1719 Seaton.  Erected between 1872 and 1873, this row of ten, two-story brick dwellings featured raised basements and Italianate detailing including a bracketed wood cornice.  Another group of rowhouses on the south side at 1700 to 1716, were also built relatively early, from 1874 to 1875.  It originally consisted of a row of ten, two-story, flat fronted brick dwellings on high foundations to appear as if it were one long building.  The end buildings at 1700 and 1716 were articulated as “end pavilions” with projecting center gables, with the center buildings forming the main block of the group.  Today, the homes are all painted different colors, and one end pavilion (#1716) is no longer standing.
Development on the Street ceased for nearly fifteen years, until 1890, when the thirteen rowhouses between 1741 and 1757 Seaton Place were built simultaneously by builder James H. Grant as speculative housing.  The five townhouses from 1731 to 1739 Seaton were also built in 1890, by owner John C. Davidson, with the assistance of architect George S. Cooper.  The 1900 census reveals that all the built segments of Seaton Street at the time housed “Black and Mulattos” occupants.

However, much of Seaton Place remained vacant until 1902, most likely due to the economic depression of 1893 and 1894, and the years of recovery that followed.  Eighteen houses were built that year by owner Charles W. King with the assistance of architect Nicholas T. Haller, comprising 1722 to 1758 Seaton Place.  The three large townhomes at 1723, 1725, and 1727 were built in 1905 as “townhouse flats”  by building partners Jos. J. Moebs and H..J. O’Connor.  Each included an apartment that was indicated by using a 1/2 after the residential address.  The two estimated the three dwellings would cost $7,000 to build, or approximately $2,333 each.  The last house built to complete the block was 1720 Seaton Place, built in 1908 by owner C.T. Bride with the assistance of architect J.G. Adkinson and builder J.T. Loveliss.   The 1920 census reveals that all the residents along Seaton Street were “Black or Mulatto” working class citizens at the time.

Apparently, from the late 1940’s to the late 1970’s, Seaton Street, was the focus of disagreements between tenants, home owners, and the city government over the terrible conditions of the houses.  It was well documented as part of the 1942 Farm Security Administration’s “New Deal” Program, and later in an essay on Wartime Washington by photographer Gordon Parks (b. 1912), whose photographs are now housed in the Library of Congress.  Recognized as the first major black photojournalist, Parks later went on to become a staff photographer for Life magazine.

In the August 3, 1950 edition of the Washington Star, a short notice appeared indicating the anticipated revival of Seaton Street and the entire Square 150, containing an slightly amusing statement on the street itself:

The Commissioner’s Committee appointed to rehabilitate Square 150 will make a resurvey of the block next Monday, E.M. Dulin, chairman announced today.
Square 150 is bounded by U, V, and 17th streets and Florida avenue, N.W.
There are 124 buildings in the square, and 20 of them have been or are in the process of being repaired.  The worst part of the square is Seaton street, which runs from Seventeenth Street to Florida Avenue, N.W.

Nine years later, on 25 September 1959, the Washington Daily News ran a story by Martha Strayer with a by-line coined “Massive Aid: the World Comes to a D.C. Street.”  In an effort to better conditions, almost every department in the government made a commitment to provide education, better sanitation, and relief to the unimaginable conditions.  At the time, the one block Street housed 200 children! 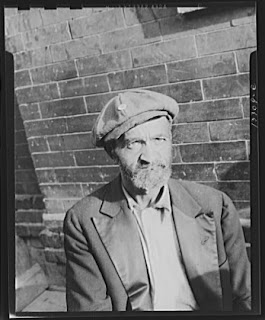 Unfortunately, the schemes laid out in the article did little to correct the situation of deteriorating conditions and overcrowding.  The Washington Afro-American newspaper on 16 November 1963 reported in a photo caption entitled “Can This Street be Saved?,” that Seaton Place was scheduled for demolition by city planners, apparently due to deteriorating conditions.  Seaton Place residents had organized a “clean-up, fix-up campaign in hopes of making a poor man’s Georgetown out of the block long street between You and Vee Sts., 17th and Florida Ave., NW.”

The “acknowledged block of blight” was saved demolition in 1965, when the National Capitol Planning Commission voted against the idea in February of that year.  According to a 2 May 1965 article in the Washington Post, the reason given was the lack of public housing for the 130 families on the block at the time.  Commission staffers still wanted to revitalize the Adam’s Morgan area, and at one time investigated purchasing the empty property at 16th and Florida, previously “Henderson Castle,” a mansion that had been demolished in 1949. 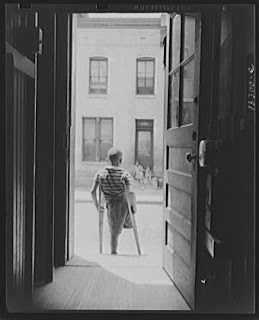 The urban renewal demolition plan proposed in 1965 failed as well, and Seaton Place remained a slum for some time.  A short story that ran on 11 May 1976, offered some insight on the situation and concern about the block; The DC government had charged Centre Properties, Inc., the owners of 27 rowhouses, with an impressive 799 housing code violations.  Apparently, tenants had been resisting eviction and halting conversion of the badly deteriorated houses into “stylish townhomes.”  The tenants had organized a lawsuit against the current owners and the previous owner, James Ruppert, to give them first chance to buy the houses before they renovate them for resale.

At least some of the residents won the lawsuit in the D.C. Superior Court (10 of the original families) in April of 1977, and had a short time to raise funds to remain in their homes.  In May of that year, at least nine of those families were able to purchase their homes, according to a 30 November 1978 article in the Washington Post, a few of whom can still be proudly found on the block today.

Posted by HouseHistoryMan at 12:55 PM

Loved reading this, thank you! We have lived on this street for ten years, and love the area. I had seen the pics and knew some of the info, and the last pic of the boy who got his leg cut off by a streetcar is in our front doorway (1721) - have never seen what year our house was built but I assume ~ 1890. Do you know when the name changed from Seaton Place to Seaton St? (there is still a Seaton Pl NE btw) - one small correction - >>>and one end pavilion (#1716) is no longer standing. the end rowhouse now says 1718 and it is new construction from the 1990's. There is a missing house at 1724 which is now the garden for 1722 - sold for 1.2 mil a year ago! No original families remain on Seaton, the last house was middle of the block, which folks used to call "the crack house" - they moved and it was renovated ~ 2008.

Current maps has it labeled at Seaton Rd. Seaton PL NW is closed to N. Cap street. Not sure if names continued to change or not.

Just stumbled on this, also loved reading it. I lived in 1722 for 10 years, including the lot next door which the previous owner had turned into a beautiful garden- grapes, raspberries, all kinds of flowers. I and friends called it my secret garden. I was the last owner before it was renovated and the garden paved and decked over, and then later sold for 1.2M. I loved the house, although it did require a lot of upkeep and I was always worried about the tilt toward the vacant lot. As I understand it the house at 1724 burned down in the riots in the 1960s.The owner previous to me bought the lot and adjoined it to the 1722 property. I also knew much of the history. There was a small booklet produced about the Strivers' Section that told much of this. I also wish I knew how the name morphed from Seaton Place when I bought it to Seaton St. by the time I left. The street signs changed during that time.