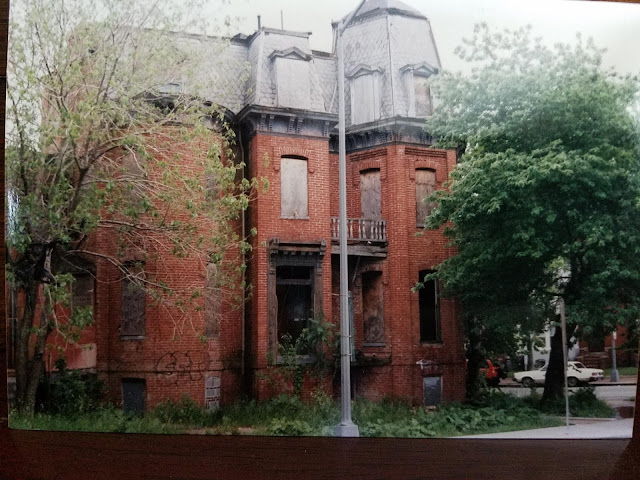 Moving into the U Street neighborhood in 1992 was interesting.  I took many photographs of abandoned houses and buildings that had promise.  Being a historic preservationist, even I thought this one might have gone too far to be restored at a reasonable price.  The interior was more or less gone.  It sat at 1901 Vermont Avenue, on the corner of T Street, NW.  A young woman named Tania was determined, however, to bring it back to its glory.  It was bought for about $55,000 if I recall correctly!

We led the charge for the U Street area to eventually become a historic district before gems like this were bulldozed.  There wasn't much gentrification because simply, most everything was vacant.  Between 9th Street and 17th Street on U Street was only three large scale businesses that I recall - Ben's, of course, Lee's Flowers, and a new Polly's Cafe.

It was issued a building permit on March 21, 1878 by owner William F. Sliney.  The architect listed was George Welch, who built it at an estimated cost of $6,500.

In any event, a few pictured from Google show the excellent restoration of 1901 Vermont Avenue appear below. 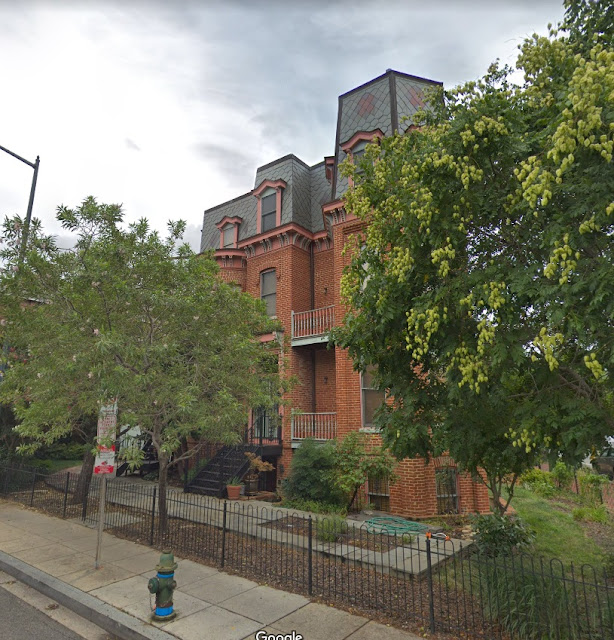 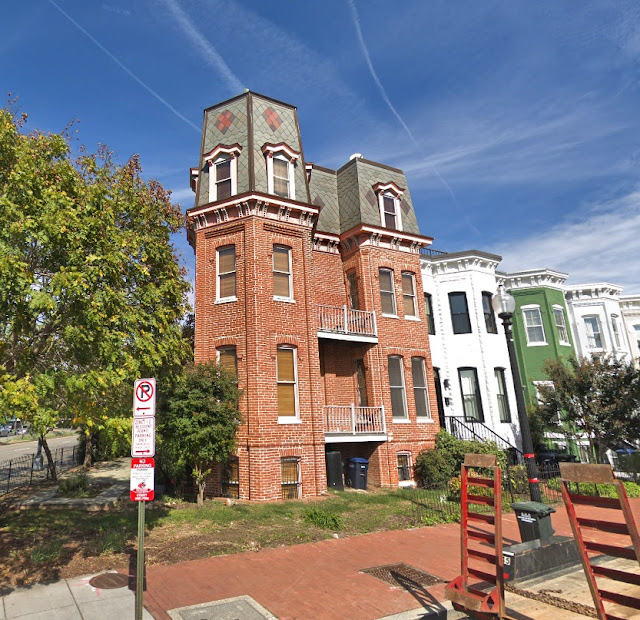 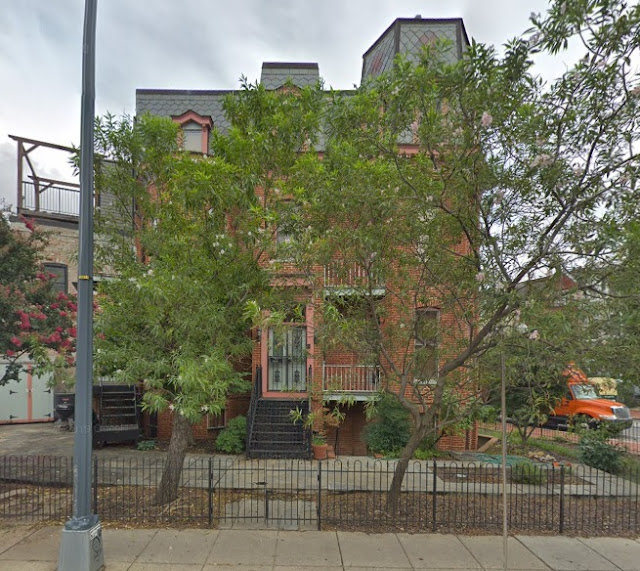 Posted by HouseHistoryMan at 4:54 PM