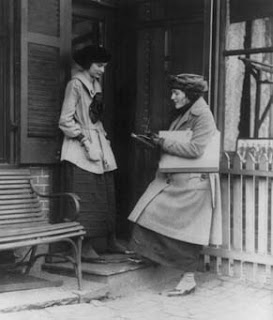 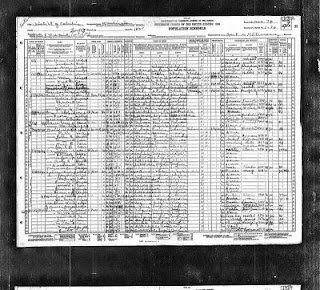 Only a person's age was recorded in the 1930 census, so you can only guess at what exact year they might have been born, depending on their birthday. Many people were unaware of their age, especially those who were formerly enslaved. Only the 1900 census included both month and date of birth, which is usually used to aid later census research.

Compared from year to year (taken every ten years), the census can track racial and social changes in a neighborhood or within a single house or apartment building. Most of the 1890 census, however, was destroyed in a 1921 fire in the Commerce Building where it was being stored. And in Washington, DC, enumerators only began using a house address with the 1880 census; you'll have to know the person's name to look up humans prior to that date.
Posted by HouseHistoryMan at 4:35 PM

I once found a Asian American fellow living with a Black family in my studies, listed as white. He was born in China and had a Chinese last name.
There was also the case of Luck C. Young in 1930 who was living with his white wife on New Jersey Ave NW, listed as white. However by the 2nd World War he was Black! And a widow. He remained black as far as I can tell until his death in the 60s.

I've run across several similar examples with changing skin color...and especially age when it comes to females...somehow between 1910 and 1920, they only aged 5 years...