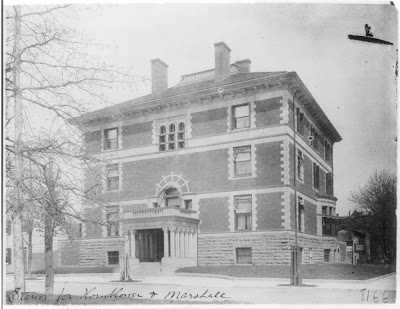 When it was completed in 1890, the pink granite and brick mansion constructed at 1701 20th Street, near the corner of R Street and Connecticut Avenue towered over its more humble neighboring houses built of wood frame.  It was the home of New York merchant George S. Fraser, and had been designed by the noted architects Joseph Hornblower and James Marshall.

Fraser had first come to Washington in 1888, and obtained the permit to build the mansion at 1720 20th Street in June of 1890.  It was built at a cost of $75,000, far more than ten times the cost of a typical Washington townhouse being built at the time.  The Frasers summered at Northeast Harbor on the Maine coast.  George Fraser didn’t enjoy the house for long, however, as he died in 1896. 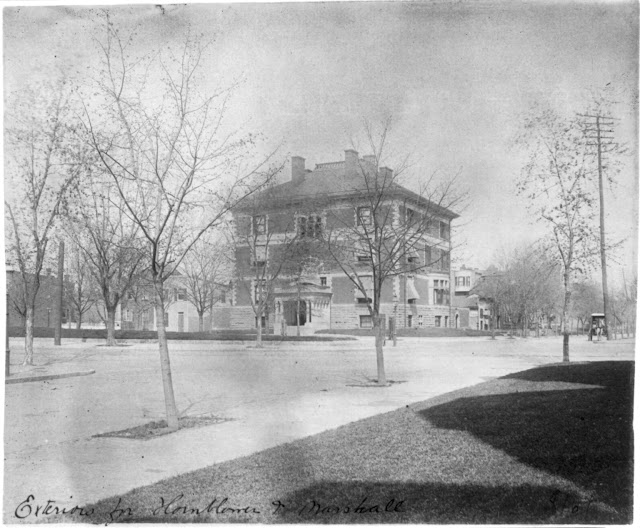 The architectural firm of Hornblower and Marshall was formed in 1883 and was responsible for many Washington homes and public buildings of significance.  Joseph Hornblower had studied at Yale University and the famed Ecole des Beaux Arts in Paris, completing his studies in 1871.  Marshall had graduated from Rutgers College in 1871.  Their Fraser mansion was listed in the National Register of Historic Places in 1975.

In 1901, George Fraser’s widow sold the mansion to Pennsylvania Congressman Joseph Earlston Thropp (1847-1927) and his wife, Miriam Douglas Scott-Thropp.  She was the eldest and widowed daughter of Col. Thomas Alexander Scott, a President of the Pennsylvania Railroad and a former Assistant Secretary of War under President Lincoln.  Joseph Throop made a fortune from the manufacturer of pig iron, and served as a Representative from Pennsylvania in the 56th Congress from March 4, 1899 to March 3, 1901, when they moved into 1720 20th Street. 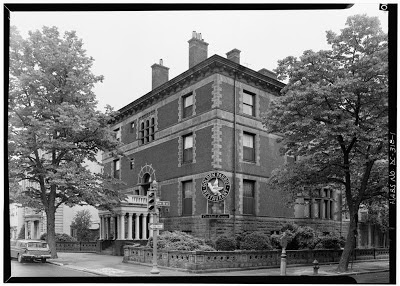 Thropp graduated from the Polytechnic College of Pennsylvania in 1868 with a degree in engineering.  He first gained employment constructing docks at Duluth, Minnesota, and Fond du Lac, Wisconsin, eventually attaining the position of railroad division engineer.  In 1870, he moved to Conshohocken, Pennsylvania, and engaged in the manufacture of pig iron, sub subsequently becoming owner of the Earlston Furnaces in Everett, Pennsylvania, in 1888.  He died in 1927, and his wife Miriam died in 1930.

The mansion served as a series of restaurants beginning with the Parrot Tea Room in 1932, with a boarding house located upstairs.  It was subsequently leased to John Goldstein in 1950, who renamed the restaurant Golden Parrot.  It was sold in 1974 and later became known as the Golden Booeymonger, and Bermuda House restaurants, and the nightclub’s known as Larry Brown’s and Sagittarius.  In 1981, international restaurateur Walter Sommer purchased the mansion for $2 million, and after a $3 renovation, opened a restaurant named the Four Ways.   A plan in 1987 to convert the mansion and built a seven story condominium building on the rear lot was thwarted by local residents. 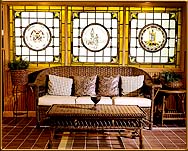 The mansion was purchased by the Founding Church of Scientology in April of 1994.  Its founder, L. Ron Hubbard had moved to Washington, DC in 1923, and attended The George Washington University.  At his home near Dupont Circle, Hubbard wrote the very first manuscript of his discoveries: Dianetics: The Original Thesis, known today as The Dynamics of Life.  That led to his founding the Church of Scientology in this city in 1955. 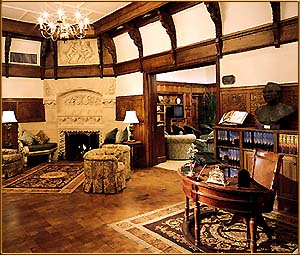 The Church undertook a massive renovation of the structure that lasted over a year; its interior woodwork and fourteen fireplaces were all meticulously restored.  Located on the lower ground floor are three stained glass windows depicting the seals of Virginia, Maryland, and Washington, DC that were discovered in the attic during the project.