From White to Black: The Unusual History of the Luray Apartment Building at 1320 R Street, NW 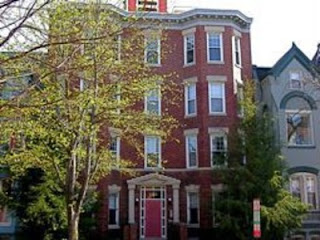 Even mundane buildings have the potential to reveal a fascinating history, and in the case of the nondescript apartment building at 1320-1322 R Street, its history includes a connection to an African American Congressman and an innovative housing company that purchased it for the purpose of renting it to an exclusive black clientele.  Though nameless today, the building was known as the Luray Apartments when construction began in 1908.

The building was one of the first commissions for local architect Matthew G. Lepley, who had opened his offices the same year the Luray was begun.  It was built for owner Thomas J. Kemp.  Lepley had been in Washington in 1886, and  later made headlines in the Washington papers when he was reprimanded by the War Production Board in 1942 when he allegedly violated rules on house price limits and housing preferences for government workers established during wartime. 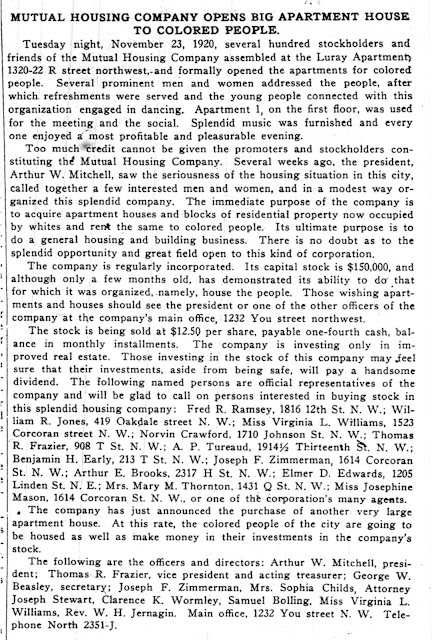 The Luray was owned by the National Investment Company and rented to white residents from 1914 to 1920.  The 1920 census revealed that only one of the eight apartments was occupied by a family designated as black.   Census enumerators that year were instructed “to be particularly careful in reporting the class mulatto.  The word here in generic, and includes quadroons, octoroons, and all persons having any perceptible trace of African blood.”  Importantly, it was up the census taker to observe and determine race, not the subject being interviewed.   Families that year at the Luray were employed as bookkeepers, laundress, laborers, machinists, and clerks.

The Washington Bee newspaper carried a photograph of the Luray on the cover of its November 27, 1920 edition, with a story about its recent purchase by the Mutual Housing Company, Inc., which was a newly formed real estate investment business with offices at 1232 U Street.  An editorial by editor Calvin Chase in the same edition called attention to the work of the Company “doing the necessary work in the matter of housing the colored people of the city of Washington.”

The company had bought the Luray for the express purpose of changing its occupants from white to black, as part of the “City within a City” mentality that had enveloped the overall neighborhood.  Its President was Arthur Wergs Mitchell (1883-1968), and it promoted and sold stock to middle and upper class African Americans to fulfill a need in providing apartments to working class blacks.   The full article is reproduced here. 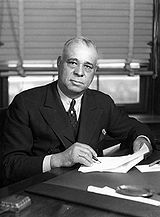 Although he is now one of history's forgotten figures, Mitchell (left) was once almost as well known among black college students as Jesse Owens and Joe Louis.  Mitchell's life began in rural Alabama in 1883, after which he studied briefly at Tuskegee Institute; He went on to study law in Washington, and thereafter became involved in politics when the Republicans sent him to Chicago in 1928 to campaign for Herbert Hoover.  Impressed by Chicago's ward system and patronage politics, he returned to the city and made a bid for a congressional seat, changing political parties in an effort to oust black Republican Congressman Oscar DePriest.

Mitchell was elected as the first black Democrat in the Seventy-fourth and to the three succeeding Congresses (January 3, 1935-January 3, 1943).  In 1937, Mitchell sued three railroad companies for not offering equal treatment and accommodations for all passengers. The case went to the Supreme Court, which gave Mitchell a favorable ruling. As a result of these "confrontational" acts, the Chicago Machine quickly decided not to endorse Mitchell in the elections of 1942. 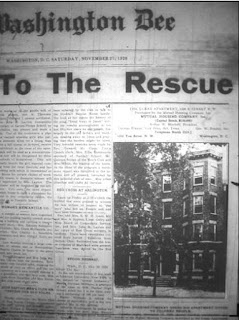 Throughout his career, Mitchell issued bills holding state and local offices accountable for lynching and to prohibit racial discrimination.  In 1943, he resumed the practice of law, and was also engaged in civil rights work, public lecturing, and farming near Petersburg, Virginia.  He died at his home on May 9, 1968, and was interred on his estate, “Land of a Thousand Roses,” in Dinwiddie County.

By the time the 1930 census was taken at the Luray Apartment building, all of its residents were indeed classified as black.  They paid monthly rents ranging from $50 to $65, and were employed in myriad occupations, including a projectionist at a local theater, chauffeur for a piano business, tailor, laundress, porter, printer, waitress, and even a University Professor named Elwood Cox.

Mitchell’s Mutual Housing Company would continue to own the Luray until shortly after 1949.  It was later owned by the Luray Limited partnership, who converted the building into condominiums in 1987.