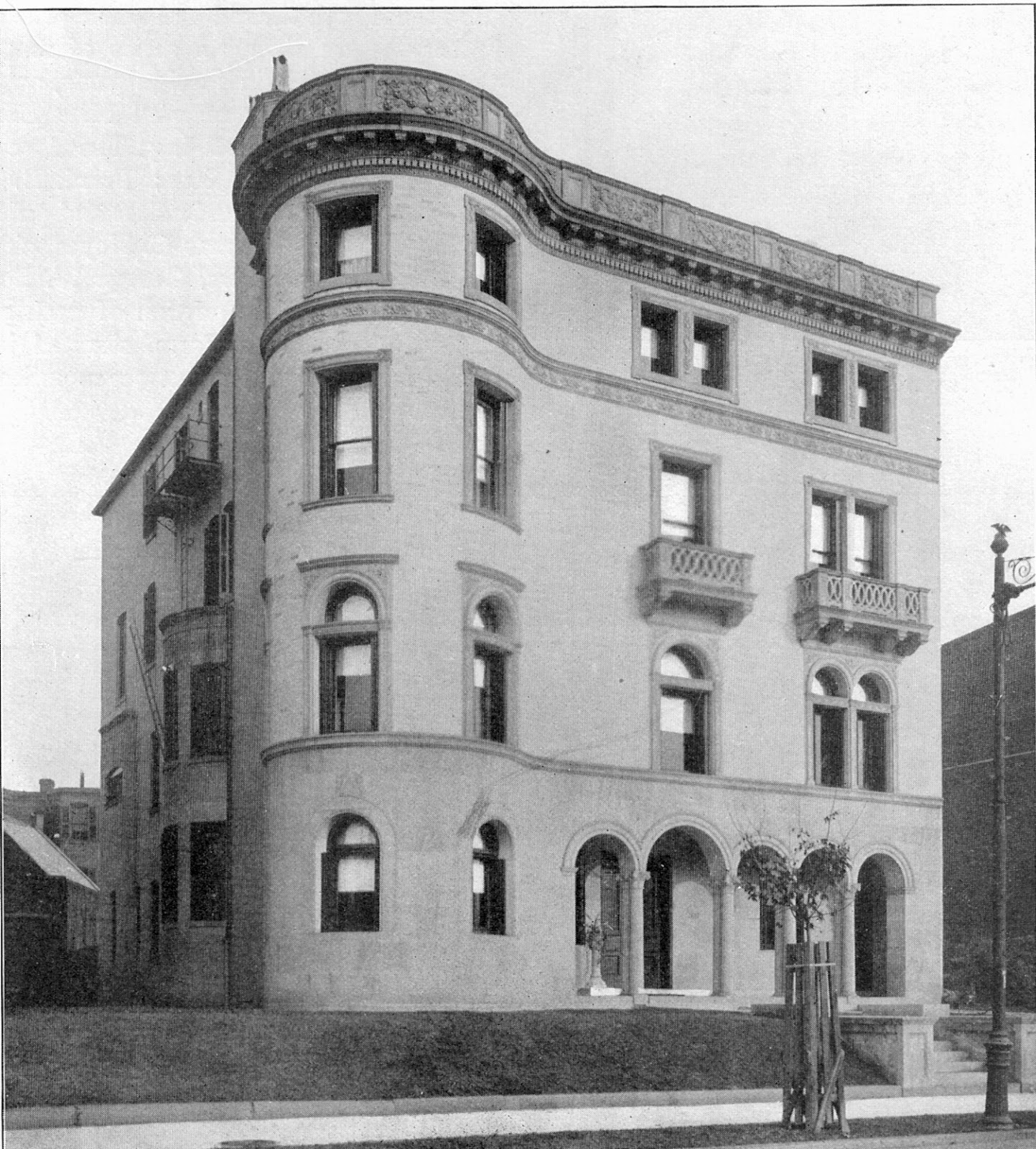 Many residents and tourists alike that stroll up and down Connecticut Avenue north of Dupont Circle pay little attention to the architecture above the first floor retail space.  However, if one pays close attention to the architecture preserved on the upper floors, it is revealed that the majority of the buildings lining the commercial corridor today were built as large residential mansions.  One example of this transformation exists at 1611-17 Connecticut Avenue, the home to the Anne Taylor Loft store (below), which was built as a private mansion by a wealthy widow from California. 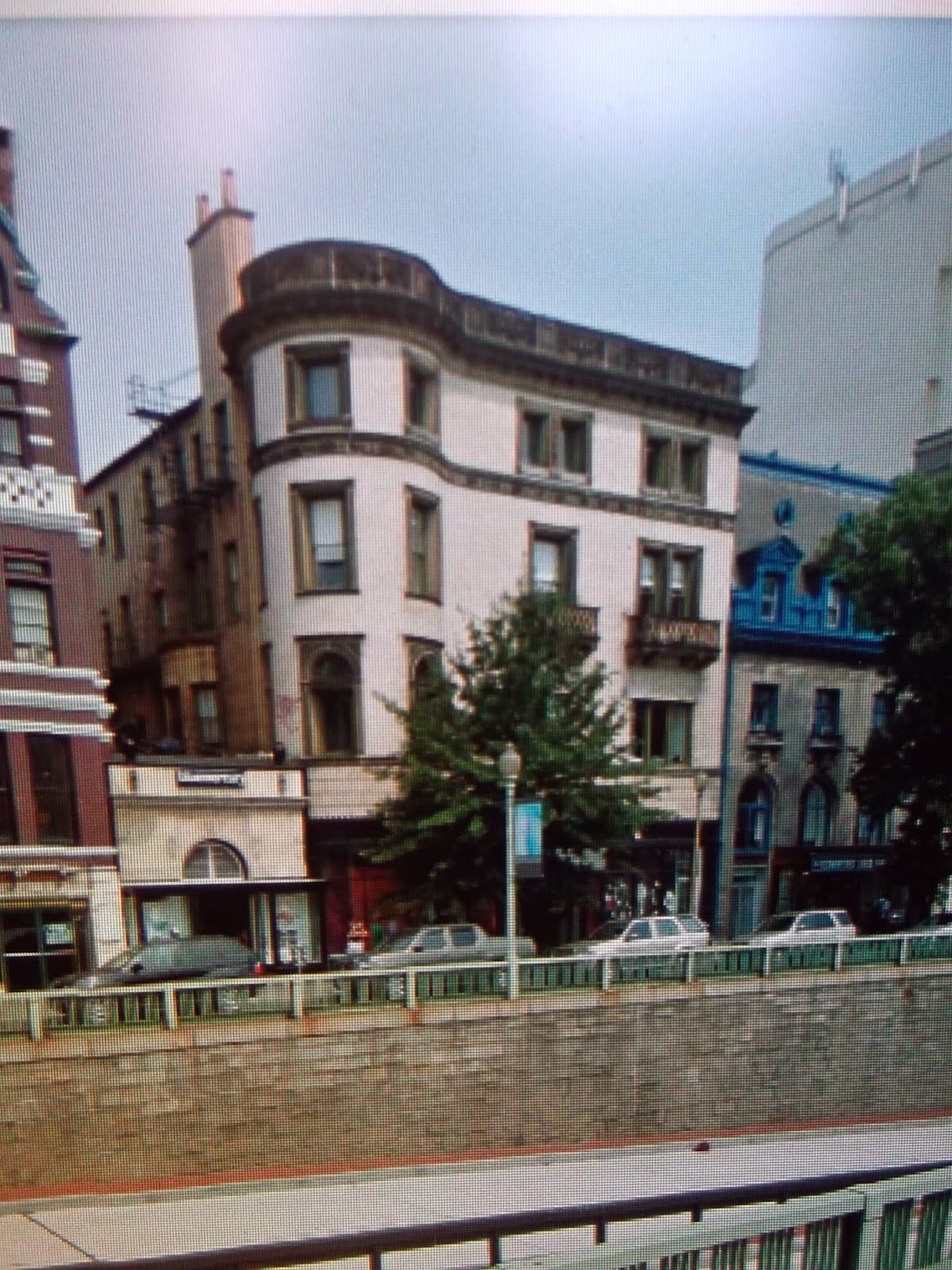 Ellen Mason White Colton obtained a building permit for the house on October 16, 1895, which was designed by local architect Carl B. Keferstein and built at a cost of $40,000, at a time when the typical Washington townhouse was built for $2,500 or less.  She was the widow of David Douty Colton (1831-1878), who had amassed a fortune from the gold mines of California and Western railroads.  He was described as standing over 6 feet tall with a muscular physique and a head of fiery red
hair that went well with his bold and expressive temperament.

David Colton (below) had been born in Maine on July 17, 1831, and migrated with his family to Illinois, where he married Ellen Mason White during his freshman year at Knox Manual Labor College.  In the spring of 1850, the Colton’s and a friend named Hiram G. Ferris dropped out of college and joined the gold rush to California, where they eventually settled into Shasta City and Colton was elected as their sheriff at the young age of 20.  They had two children; Helen in 1854, and Carrie in 1856, who would die shortly after she was married. 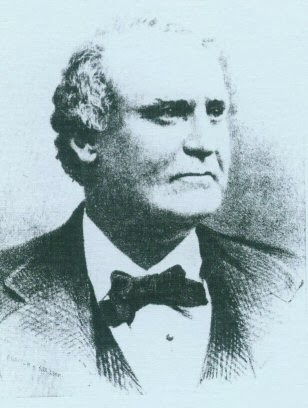 In 1872 Colton built a stately mansion on San Francisco's Nob Hill (below). Located on the NW corner of California and Taylor Streets it was built on a half city block at a cost of $75,000.  The interior was decorated with works of art and antique furniture acquired during their two year travels and contained a large library stocked with works of English literature.  David Colton rose to his greatest prominence in 1874 when he became associated with the directors and principal stockholders of the Central Pacific R.R. that built the western most section of the nation’s first transcontinental railroad. 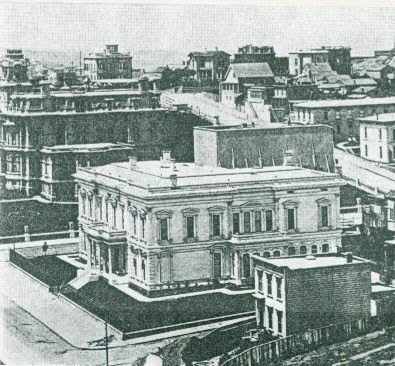 At age 47, Colton died rather suddenly from injuries that he received from falling off a horse.  His estate and business affairs were left to his widow, Ellen Colton.  A lawsuit for fraud was filed, a civil suit would follow and then many countersuits; it would take 12 years for these legal battles to end, and she had spent over $100,000 in legal fees only to see $4 million of the estate lost trying to clear her deceased husband's name.

Following the death of her husband and being excluded from much of San Francisco society, Ellen Colton sold the mansion and relocated to Washington, DC, where she built 1617 Connecticut Avenue in 1895.  She filled the house with art and antiques that would eventually be appraised at nearly $64,000, including “The Sheep” painting by Verboeckhoven valued at $10,000 alone (below), and a library with 1,000 rare books. 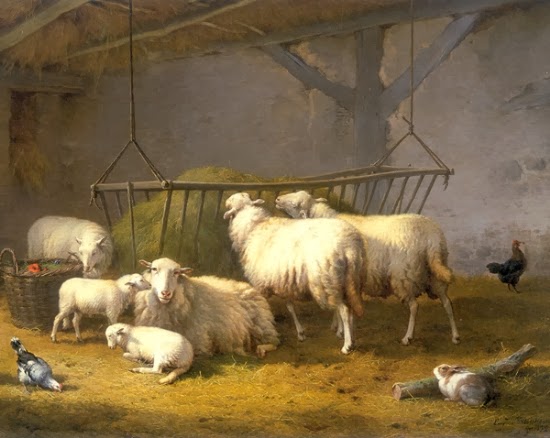 Ellen Colton died in February of 1905, leaving an estate valued at over $1 million dollars, all but $1,000 of which was left to her surviving daughter, Caroline Martin Dahlgren, and her two children.  Her granddaughter from her deceased daughter Helen, Miss Helen Margaret Beatrice Sacher, was just six years old at the time, and like any child, should have been thrilled with inheriting $1,000 at such a young age.  She, however, accused her older cousins of coercing their senile grandmother while she was away living in Paris into leaving the entire estate to that side of the family. She also accused them of stealing silverware and other valuables from the home while Mrs. Colton was still alive, forging her signature on the Will, and stealing $350,000 worth of transferable bonds.  Sacher was the daughter of a wealthy Parisian banker named Seigfried Sacher. 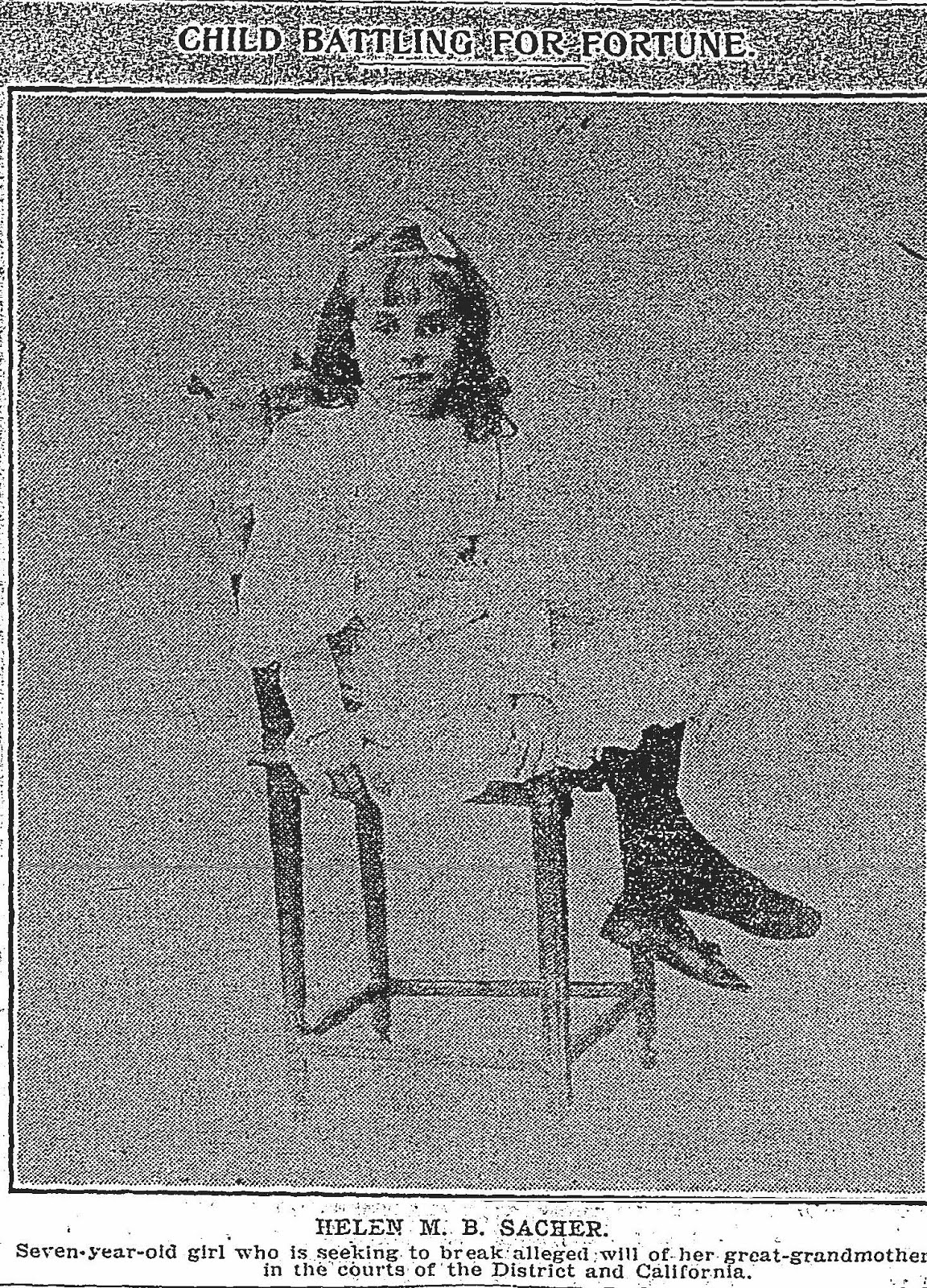 The mansion was eventually sold in December of 1909 to the Chinese government as the residence for a new Chinese Minister to the United States, Chang Yin Tang (below).  Newspaper reports that he arrived with 50 attaches, secretaries, servants, and students along with two large moving vans of household furniture. 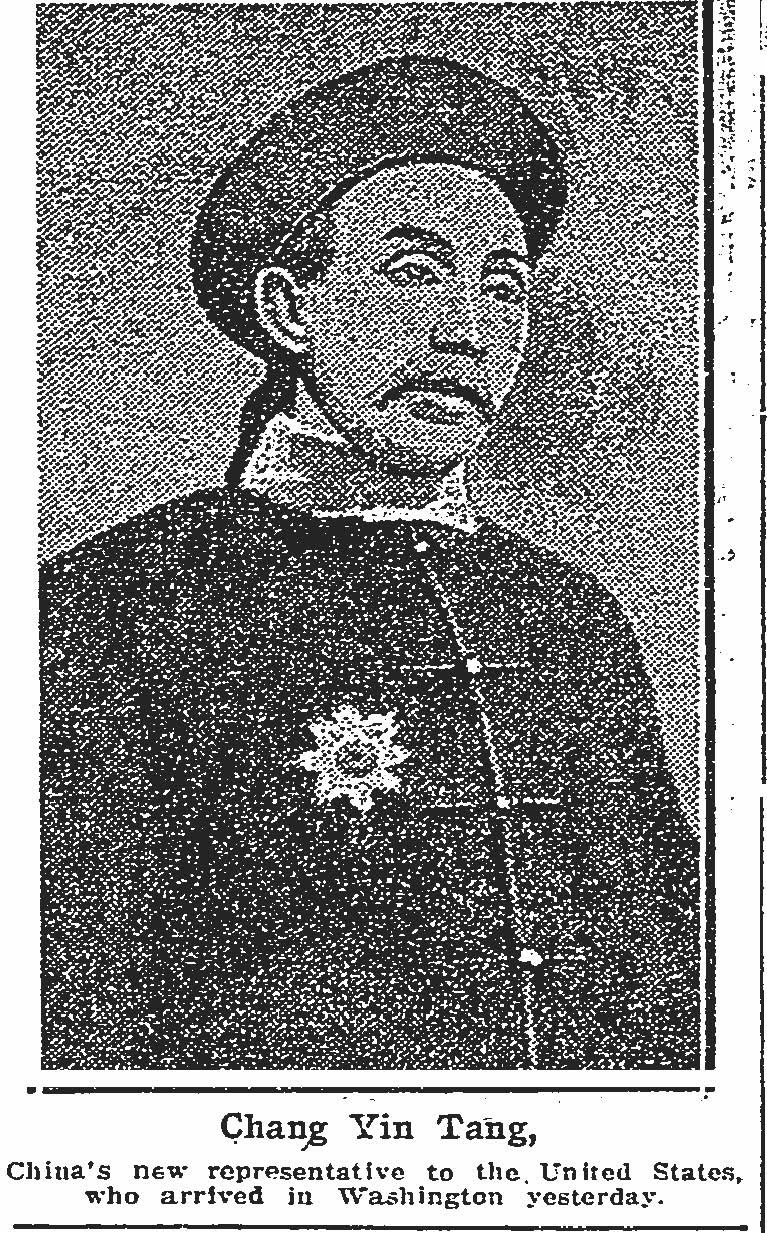