The Lincoln Congregational Temple United Church of Christ, built beginning in 1928 on the northeast corner of 11th and R Streets, NW is an unusual example of Italian Romanesque Revival architecture.  It was designed by Howard W. Cutler, and replaced a mission that had been built in the site in 1868. It is regarded as the oldest African- American Congregational Church in Washington, DC. The opening ceremony in 1928 is is illustrated below. 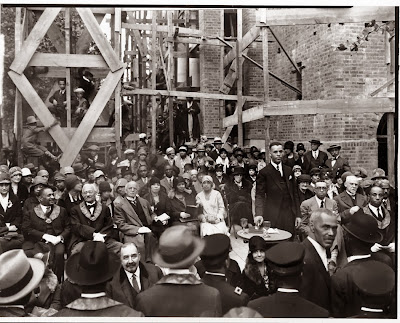 Lincoln Temple evolved from religious organizations founded at Civil War camps close by, including Camp Barker at 13th and R Streets, the founding of a Sabbath school in 1863 at the Wisewell Barracks at 7th and P Streets, and establishment of the Lincoln Mission as a school and community center at the corner of Ninth and R Streets, NW. Following the War, thousands of freemen stayed in what was then the edge of the city, benefiting from food, clothing, and religious education, provided by a number of benevolent organizations and church groups.
In 1868, the Colfax Industrial Mission seen here was built at the corner of 11th and R Streets by the American Missionary Association "for the education of the colored children of Washington."  It was formally dedicated in 1870 and celebrated its first Sunday service the leadership of Rev. G. N. Marden. 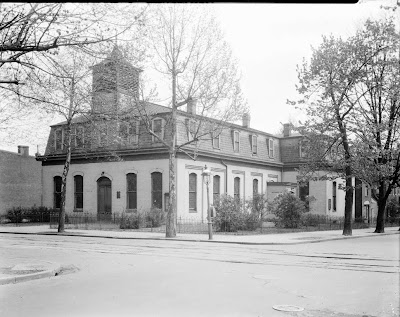 The Colefax mission was renamed the Lincoln Industrial Mission in 1870, in memoriam to fallen President Abraham Lincoln.  Ten years later, in 1880, ten black members of the First Congregational join with mission and chartered the Lincoln Memorial Congregational Church.  Rev. Simon Peter Smith served as its pastor.  Later in 1901, it merged with the Park Temple Congregational Church, with Rev. Sterling Brown (father of poet Sterling Brown 1901-1989), Pastor of Park Temple, serving as its pastor.

Born in Tennessee, Rev. Brown was educated at Fisk University and the Oberlin Theological Seminary.  At Lincoln Temple, Brown introduced a business school and an employment agency, and made the building a central meeting place for such organizations as the Bethel Literary and Historical Society and the Samuel Coleridge – Taylor Choral Society.  Dr. Brown taught in the Howard University Theological Department from 1892 until 1914, and in 1924, wrote a biography named My Life Story. 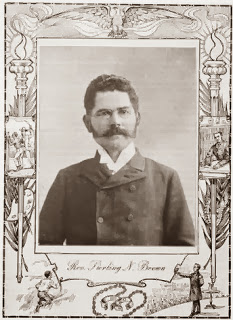 In November of 1903, the congregation was one of several churches in Washington to host the national Conference on the Race Problem in the United States, which resulted in the schlolarly proceedings titled How to Solve the Race Problem.

The congregation obtained a permit to build the current structure at 11th and R Street on June 9, 1928, with construction overseen by Rev. Robert Brooks. It was designed by architect Howard Wright Cutler (1883-1948), who was born on February 19, 1883 in Ouray, Colorado to geologist Martin Van Buren and Margaret (Jocknick) Cutler.  He was educated at the local schools, and obtained a B.A. in architecture from the Athenaeum and Mechanics Art Institute in Rochester, New York in 1904.  He began his architectural career at the local firm coined Gordon and Maden.

He began his own architectural firm in 1906, designing building for the Eastman Kodak Company in Rochester, NY.  In World War One, he was assigned to the Designing and Architectural Department, and rose to the rank of Major.  He designed hospitals across the country, including an addition to the Walter Reed Hospital in Washington, DC.  Following the War, Cutler formed a firm in Washington, DC with the name of Cutler and Woodbridge with engineer Samuel Woodbridge from 1919-1921, and then Cutler and Moss with architect Louis R. Moss, which lasted until 1923.  He practiced on his own after that time, and resided in Silver Spring, Maryland.

Cutler designed more than 25 schools in Montgomery County, Maryland.  Two years prior to his work on Lincoln Temple, in 1926 he designed the Spanish-Mission Revival Eldebrooke Church at 4100 River Road in Tenleytown. 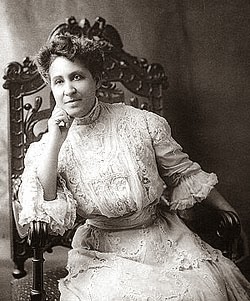 Perhaps its most notable congregant was Mary Church Terrell (left), who in 1952 led lead lunch counter sit-ins in downtown Washington.  In 1963, the Lincoln Temple served food to participants in the March on Washington, and six years later, its auditorium served as the venue for a concert by musician and vocalist Roberta Flack.
Lincoln Temple members have always been proud of their history, and in 1994, they led the effort to list the building in the District of Columbia Inventory of Historic Sites in 1994; it was  listed in the National Register of Historic Places a year later.