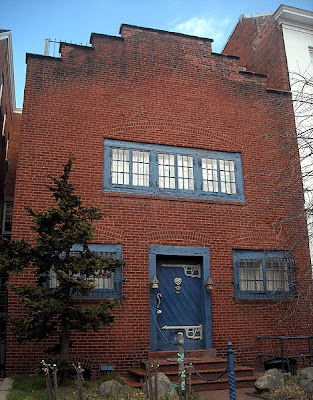 The unusual house at 2133 R Street, NW often attracts onlookers, curious about the history of the house with a door that could be straight out of a nursery rhyme illustration.  Upon closer inspection you might notice that the massive door hinges have the initials ELM – for Edward Lind Morse. 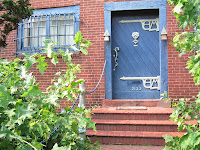 The building was built in 1902 as an art studio for Morse. It was designed by the noted architectural firm of Hornblower & Marshall in the Arts and Crafts style.  And if you think the artists last name seems familiar, he was the youngest son of inventor and artist himself, Samuel F. B. Morse. 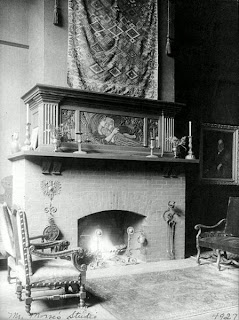 Samuel Finley Breese Morse was a graduate of Yale University in 1810, after which he studied art in England under Benjamin West.  He returned to America, and for several years was a portrait painter.   In 1832 Morse began working on apparatus that eventually resulted in the invention of the Telegraph, for which he received a patent in 1840. The first message sent over the wire, from Baltimore to Washington, on March 24, 1844, was "What God hath wrought!" 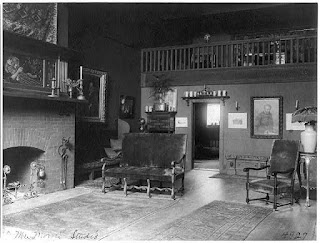 Morse was both an accomplished painter and writer, and had graduated from Yale University in 1878.  He painted the portrait of his famous father, seen here.   The interiors of his studio were photographed by Frances Benjamin Johnson.

The studio was converted into a residence in 1910.  It was owned by Thomas Raymond Ball, and later by Franklin D. Roosevelt’s oldest son James Roosevelt – Franklin & Eleanor lived next door at 2131 R Street.   It currently serves as the headquarters of the Delphi Film Foundation.