The Mystery Brick Arch in a Townhouse Party Wall 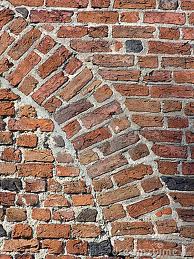 Many homeowners in Washington, DC that commission me for a house history often tell me that they are most certain that their townhouse was once connected to the house next door.  Why?  They discovered an arch in the brick party wall that obviously once had a doorway below.

During their construction phase, adjoining townhomes often had a hole in the brick party walls for workers, materials, and tools to pass through while they performed the same job in each house without having to exit the house.  The person installing the 34 fireplace mantels in the houses along 1700 block of Q Street, NW when they were built beginning in 1889 (illustrated as our blog header) could traverse the entire block from the interior openings with his mantels, tools, and crew without going up and down the front stairs in the winter weather. 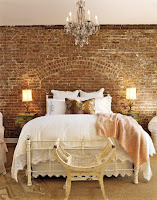 The holes were bricked in during the final stages, but the arched brick lintel often remains in the houses today, visible on any exposed brick walls.

Prolific architect, builder, and owner Thomas Franklin Schneider applied for an Application for the Permit to Build numbered 1315 on February 5, 1889 to simultaneously build 34 townhouseson lots numbered 173 to 206, and created addresses from 1701 to 1759 “Que” Street comprising the entire north side, and numbers 1602 to 1608 17th Street, adjacent to the block.  The permit specified construction of 34 single family dwelling units, and was granted on February 8th, 1889.

Posted by HouseHistoryMan at 11:25 AM

In the construction of the party wall, the services of party wall surveyors might be needed for both you and your neighbor.