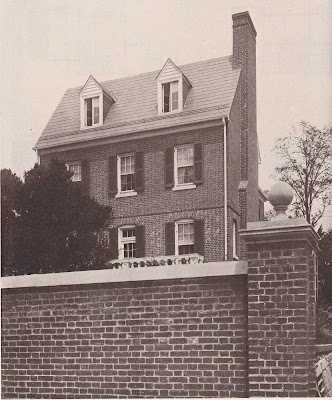 Another history mystery solved in today’s entry, but this case was far easier than one a few days ago on the missing Cassidy House – but who would have thought a simple photograph might lead to a stolen car and the CIA? 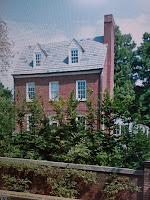 The photograph purchased online indicated that it was the home of Frank S. Bright when it was pictured in a 1920s edition of Architecture magazine.  A quick reference to our City Directory of 1925 revealed that he resided at 2723 Q Street, NW in Georgetown, and that the house looks much the same as it does today (right).

Driving by the house, one might tend to think that it dated from the 1790s in size and form, but that is not the case.  It was built beginning in June of 1922 at a cost of $27,500, a substantial sum for the time.  It was designed by architect Delos H. Smith for a lawyer named Frank Steele Bright. 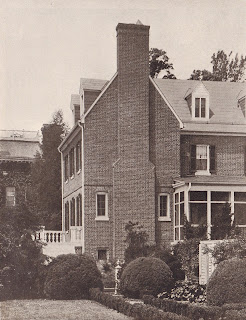 Bright had been born in Madison, Indiana on March 10, 1864; his father, Richard J. Bright, served as the sergeant at arms of the Senate during both Cleveland administrations, and like many in those days, he appointed his son Frank as his clerk.

Frank Bright had attended Emerson Institute in Washington, obtained his AB from Racine College in Wisconsin in 1884, and his LLB from Columbian College (now GWU) in 1887.  He married Gertrude Oberly, but the couple had no children.   He is pictured here from his 1916 passport when he left the US on May 27th that year aboard the SS St. Louis bound for Great Briton, Sweden, Norway, and Russia for “legal business.” 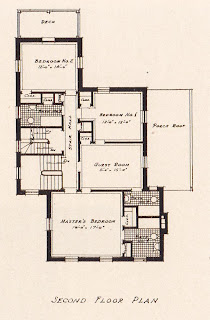 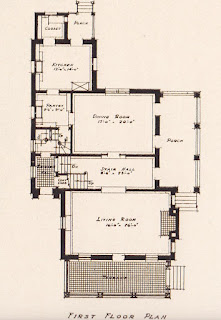 He suffered a breakdown due to “overwork” in 1935, and retired.  He died in 1942 while visiting Baltimore.

The Q Street house was sold to Allen Welsh Dulles (1893-1969), and of course your next question is Dulles - How does he fit into the prominent family who has an airport named after them?   He was the younger brother of the secretary of State John Foster Dulles.

Allen Dulles was an American diplomat, lawyer, banker, and public official who became the first civilian and the longest-serving Director of Central Intelligence from 1953 to 1961. 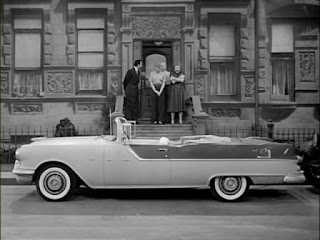 The Wrong Car to Steal

Allen Dulles’ wife, appropriately named Clover given the era, dropped off their 1955 Pontiac at a Georgetown garage to be cleaned on November 4, 1961, and it wasn’t found until a month later when a CIA employee drove it up the driveway in December of that year.

It turns out that a car thief named George K. Strasser had stolen the CIA Chief’s car from the street parking near the garage that day, and drove it to Long Island.  He was then age 19, and listed an address of 3507 T Street, NW, and pleaded guilty when he was located by the CIA.  He worked for the same garage, which likely led to an easy case by the CIA to find the Chief’s car.

Asleep in the passenger seat next to him at the time of the arrest was Herbert P. Campbell, then age 21, who lived at 4529 MacArthur Boulevard, NW.  He maintained his innocence that he did not know the car was stolen, but a jury on January 31, 1962 took just 12 minutes to find him guilty.  Strasser had earlier received probation.

If your interested in purchasing the original photographs and floor plans that appeared in the magazine, you
can do so HERE. 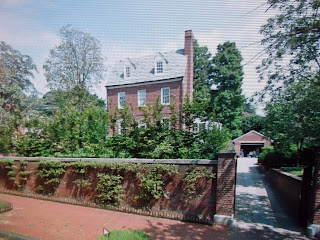