Hugh M. Sterling applied for and was granted a building permit for 4205 Military Road, NW on October 19, 1922, although the street was known as Keokuk Street at the time.  He indicated that the house was designed by the Sears, Roebuck & Company, and I later determined that it is the model coined The Alhambra.   Sterling estimated its construction cost as approximately $7,000. 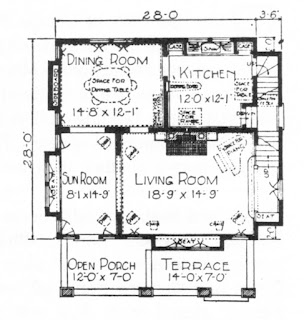 Unfortunately, Sterling had built the garage a full seven feet over the property line, onto Belt Road, and he was ordered by the city to tear it down, or to have it moved.  His letter dated April 2, 1923 to the city appears on the following page, explaining his situation and a solution to the dispute.

At the time of the application to build 4205 Military Road in 1922, Hugh Sterling resided at 723 Euclid Street, NW.  He was listed at that address as a single, 50-year-old roomer in the 1920 census.  Following its completion in 1924, the Hugh and his new wife Lillian moved into the house at 4205 Military that Hugh had built himself. 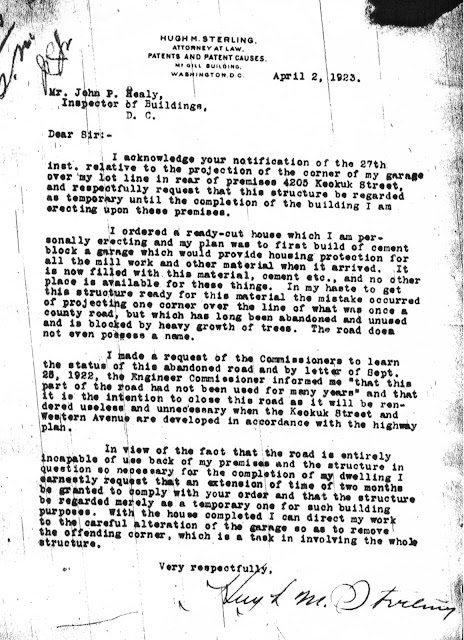 Sterling was listed in the 1930 City Directory as a lawyer, specializing in patents, with an office address of 906 G Street, NW, in rooms 600-602.  It was also known as the McGill Building.   They would continue to own and live at 4205 Military Road until 1960.

Hugh and Lillian Sterling also enjoyed a farm in Hampton, Virginia that he purchased upon his retirement.   Hugh Sterling died in December of 1953 at the Emergency Hospital.  He is buried in Rock Creek Cemetery.  Lillian Sterling continued to reside at 4205 Military road until it was sold as part of her Last Will & Testament on March 10, 1960. 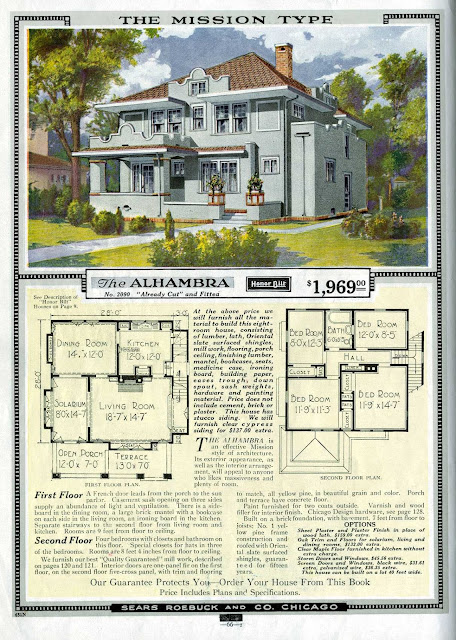 Hi... that was great stuff.. I really like reading on this subject  Could you tell me more on that... I love to explore.


Thanks for giving such a nice post on residential garage door. In this post, you gave very valuable information for Garage Door.